Hey guys!!! I know I am officially 8 days late with this TBR, but it is all good. I mean there are still 22 days left. And with that, I am gonna be a little more humble this month and not create an extremely large TBR. So this month my TBR will consist of 6 books. I am hoping to actually get to all these books and not DNF any of them. So, let’s begin.

Orphaned and alone, Jasminda lives in a land where cold whispers of invasion and war linger on the wind. Jasminda herself is an outcast in her homeland of Elsira, where her gift of Earthsong is feared. When ruthless soldiers seek refuge in her isolated cabin, they bring with them a captive–an injured spy who threatens to steal her heart.

Jack’s mission behind enemy lines to prove that the Mantle between Elsira and Lagamiri is about to fall nearly cost him his life, but he is saved by the healing Song of a mysterious young woman. Now he must do whatever it takes to save Elsira and it’s people from the True Father and he needs Jasminda’s Earthsong to do it. They escape their ruthless captors and together they embark on a perilous journey to save Elsira and to uncover the secrets of The Queen Who Sleeps.

Thrust into a hostile society, Jasminda and Jack must rely on one another even as secrets jeopardize their bond. As an ancient evil gains power, Jasminda races to unlock a mystery that promises salvation.

The fates of two nations hang in the balance as Jasminda and Jack must choose between love and duty to fulfill their destinies and end the war.

Kady, Ezra, Hanna, and Nik narrowly escaped with their lives from the attacks on Heimdall station and now find themselves crammed with 2,000 refugees on the container ship, Mao. With the jump station destroyed and their resources scarce, the only option is to return to Kerenza—but who knows what they’ll find seven months after the invasion?

Meanwhile, Kady’s cousin, Asha, survived the initial BeiTech assault and has joined Kerenza’s ragtag underground resistance. When Rhys—an old flame from Asha’s past—reappears on Kerenza, the two find themselves on opposite sides of the conflict.

With time running out, a final battle will be waged on land and in space, heroes will fall, and hearts will be broken.

Ignatius Perrish spent the night drunk and doing terrible things. He woke up the next morning with a thunderous hangover, a raging headache . . . and a pair of horns growing from his temples.

At first Ig thought the horns were a hallucination, the product of a mind damaged by rage and grief. He had spent the last year in a lonely, private purgatory, following the death of his beloved, Merrin Williams, who was raped and murdered under inexplicable circumstances. A mental breakdown would have been the most natural thing in the world. But there was nothing natural about the horns, which were all too real.

Once the righteous Ig had enjoyed the life of the blessed: born into privilege, the second son of a renowned musician and younger brother of a rising late-night TV star, he had security, wealth, and a place in his community. Ig had it all, and more—he had Merrin and a love founded on shared daydreams, mutual daring, and unlikely midsummer magic.

But Merrin’s death damned all that. The only suspect in the crime, Ig was never charged or tried. And he was never cleared. In the court of public opinion in Gideon, New Hampshire, Ig is and always will be guilty because his rich and connected parents pulled strings to make the investigation go away. Nothing Ig can do, nothing he can say, matters. Everyone, it seems, including God, has abandoned him. Everyone, that is, but the devil inside. . . .

4 | The Bazaar of Bad Dreams by Stephen King

A master storyteller at his best—the O. Henry Prize winner Stephen King delivers a generous collection of stories, several of them brand-new, featuring revelatory autobiographical comments on when, why, and how he came to write (or rewrite) each story.

Since his first collection, Nightshift, published thirty-five years ago, Stephen King has dazzled readers with his genius as a writer of short fiction. In this new collection he assembles, for the first time, recent stories that have never been published in a book. He introduces each with a passage about its origins or his motivations for writing it.

There are thrilling connections between stories; themes of morality, the afterlife, guilt, what we would do differently if we could see into the future or correct the mistakes of the past. “Afterlife” is about a man who died of colon cancer and keeps reliving the same life, repeating his mistakes over and over again. Several stories feature characters at the end of life, revisiting their crimes and misdemeanors. Other stories address what happens when someone discovers that he has supernatural powers—the columnist who kills people by writing their obituaries in “Obits;” the old judge in “The Dune” who, as a boy, canoed to a deserted island and saw names written in the sand, the names of people who then died in freak accidents. In “Morality,” King looks at how a marriage and two lives fall apart after the wife and husband enter into what seems, at first, a devil’s pact they can win.

Magnificent, eerie, utterly compelling, these stories comprise one of King’s finest gifts to his constant reader—“I made them especially for you,” says King. “Feel free to examine them, but please be careful. The best of them have teeth.”

All hail the Fire Queen.

Against all odds, Ruby has defeated the villainous Frost King and melted his throne of ice. But the bloodthirsty Minax that was trapped inside is now haunting her kingdom and everyone she loves. The answers to its demise may lie to the south in Sudesia, the land of the Firebloods, and a country that holds the secrets to Ruby’s powers and past…

Despite warnings from her beloved Arcus, Ruby accompanies a roguish Fireblood named Kai to Sudesia, where she must master her control of fire in a series of trials to gain the trust of the suspicious Fire Queen. Only then can she hope to access the knowledge that could defeat the rampaging Minax—which grows closer every moment. But as sparks fly in her moments alone with Kai, Ruby no longer knows whom to trust. The fates of two kingdoms are now in her hands.

Mrs. Dalloway chronicles a June day in the life of Clarissa Dalloway –a day that is taken up with running minor errands in preparation for a party and that is punctuated, toward the end, by the suicide of a young man she has never met. In giving an apparently ordinary day such immense resonance and significance–infusing it with the elemental conflict between death and life–Virginia Woolf triumphantly discovers her distinctive style as a novelist. Originally published in 1925, Mrs. Dalloway is Woolf’s first complete rendering of what she described as the “luminous envelope” of consciousness: a dazzling display of the mind’s inside as it plays over the brilliant surface and darker depths of reality.

And there we have my June TBR. I think I am the most anxious as well as very afraid to read Obsidio because I have read the previous two books as soon as they came out and this is the end of the trilogy. I don’t know if I am ready for this ending just yet. Also, have any of you read any of the books on my TBR? If so, what’s your thoughts and opinions? And what do you plan on reading this month? Or what have you read so far this month?

Hey guys! I'm 26 years old. I am an avid reader. I hope you will enjoy my blog and my talk about books. View all posts by Andreda 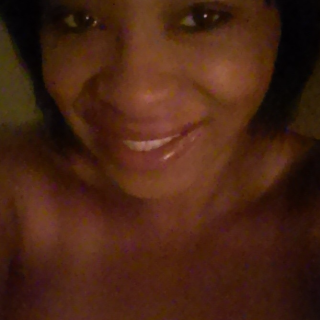